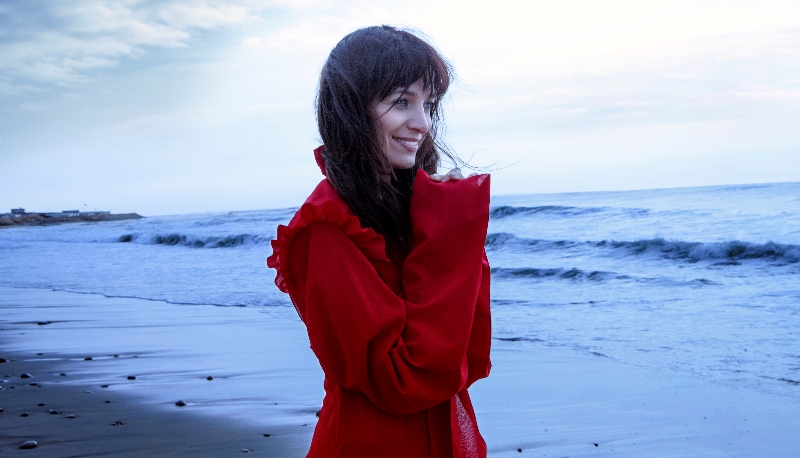 evenko presents Chantal Kreviazuk as part of her Hard Sail Tour 2016 in the Maritimes, November 21st-24th. Performances will take place at the Rebecca Cohn Auditorium in Halifax, The Playhouse in Fredericton, the Confederation Centre of the Arts in Charlottetown and the Capitol Theatre in Moncton.

Tickets for Fredericton, Charlottetown and Moncton go on sale this Friday, June 10th at 10 am and tickets for Halifax go on sale the same day at 12 noon.

Kreviazuk returns to the stage in support of her brand new album, Hard Sail, set for release on June 17th. This will be her sixth studio release, and her first new album in six years.

Kreviazuk never considered a career in music until suffering a serious motorcycle crash in 1994.  During her recovery, the multiple Juno Award-winner began writing what would become her Platinum-selling debut album Under These Rocks and Stones (1997). She has since become one of Canada’s most beloved artists, with a string of distinguished albums and singles, including “God Made Me”, “Surrounded”, “Leaving On A Jet Plane”, “Feels Like Home”, “Before You”, “Invincible”, “All I Can Do” and “In This Life”. Driven to expand her artistry, Kreviazuk has become a highly sought-after songwriter, having penned hits for Pink, Christina Aguilera, Kelly Clarkson, Carrie Underwood, and Drake, among many others.

Throughout her career, she has been nominated for six Juno Awards, winning Best Female Artist (2000) and Best Pop/Adult Album (2000). Despite significant professional achievements, Kreviazuk receives her greatest joy at home raising her three sons with her husband, Raine Maida, frontman for Our Lady Peace. Motherhood has breathed an authenticity into her life that inspires her to achieve new levels of self-discovery.

Kreviazuk and Maida are dedicated supporters of War Child Canada, demonstrating an outstanding commitment to human rights causes. In recognition of this, they received the Allan Slaight Humanitarian Spirit Award in 2014. In addition, in December 2014 the Governor General jointly appointed Raine Maida and Chantal Kreviazuk to the Order of Canada.

A digital download of Kreviazuk’s new album, Hard Sail is included with every ticket sold for each show.

All shows are reserved seating and open to all ages. Doors open at 7 pm and shows start at 8 pm.

About evenko:
evenko is a Quebec company which has become the most important independent promoter and producer in Canada.  Presenting more than 1,200 musical, family and sporting events annually throughout the province of Quebec, Atlantic Canada and the eastern United States, evenko plays host to the biggest entertainers in the world and invests in the development and promotion of Quebec artists.  evenko is also the creator and producer of four festivals:  Osheaga Music and Arts Festival, Heavy MONTRÉAL, IleSoniq which are all held at Parc Jean-Drapeau in Montreal, as well as the Festival YUL EAT.  evenko is also the exclusive manager of the Bell Centre, the Corona Theatre and the future Place Bell in Laval.  In January 2016, Pollstar, the entertainment industry’s most respected source, ranked evenko as the top promoter in Canada and the 8th most important promoter in North America. The evenko trademark is the property of L’Aréna des Canadiens Inc.