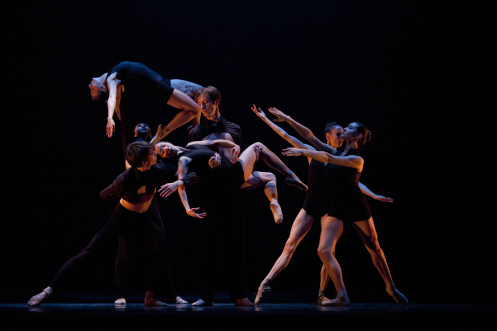 May is an exciting time for the Fredericton Playhouse, as various performing arts organizations unveil their performances for the upcoming season and present the opportunity to subscribe to them. While we’re looking forward to announcing our own Spotlight Series line-up in June, this month has provided a sneak peek at the performances coming up in 2016 and 2017 presented by other New Brunswick institutions.

Earlier this month, Theatre New Brunswick announced its 2016-17 season. It’s an impressive line-up of diverse professional theatre, putting a spotlight on New Brunswick playwrights and performers. A number of this season’s performances will take place in the company’s own newly named Open Space Theatre, but we’re also pleased to welcome TNB back to the Playhouse in the next year for a couple of their upcoming productions.

One of the plays taking place at the Playhouse is TNB’s holiday performance, always a December highlight. This year that performance will be The Snow Queen. Adapted from the Hans Christian Anderson story by TNB’s Artistic Director Thomas Morgan Jones, this large-scale production will be the perfect winter story for children and adults alike.

Symphony New Brunswick also has an exciting season coming up in 2016-17. New Brunswick’s professional orchestra will present five concerts at the Playhouse, with programs that include guest stars like soloist Janina Fialkowska, an original composition by New Brunswick’s own Michael Miller, and a special seasonal performance incorporating multiple choirs.

We always look forward to NB Country Showcase performances at the Playhouse, and we’re thrilled that this Fredericton-based organization will return to the Playhouse with five shows in the upcoming season. These events are great fun and audiences look forward to themed concerts like “country legends” and a special “rock ‘n’ roll country” show. They’re also a wonderful showcase of New Brunswick talent, featuring great local singers and musicians from our own backyard.

Each of these organizations provide the option to subscribe to their series of performances, allowing patrons to experience incredible work being produced right here in New Brunswick. By subscribing to a season, audience members get great deals on ticket prices and also get early access to the best seating. The organization benefits from the support of its subscribers and patrons get to develop a stronger relationship with the organizations to which they subscribe.

Taking out a subscription is like making a date with yourself – a commitment to attending a few plays or concerts over the coming year. It’s easy to take a wait-and-see stance before you buy tickets, putting off purchases until closer to the performance dates. But making the commitment up front and putting it in your calendar helps avoid the disappointment of missing out on enriching, memorable experiences.

It’s clear that the upcoming year is going to be full of exciting performing arts experiences in our city, and we plan to let you in on even more offerings when we announce the Spotlight Series line-up in early June. This series is the Fredericton Playhouse’s flagship program, featuring national and international professional touring artists in music, theatre and dance from a wide range of different styles and genres.

Presenting a season of performances is an extraordinary feat for a performing arts organization, and subscribing or becoming a member within these groups allows audience members to get involved in a more meaningful way. I’m very much looking forward to yet another fantastic season in 2016-17, and I hope you’ll join us at the Playhouse for many of these exciting performances in the year ahead.

Tim Yerxa is the Executive Director of the Fredericton Playhouse.

This post originally appeared on The Fredericton Playhouse blog.

One Response to Fredericton Playhouse Subscriptions More Than a Good Deal