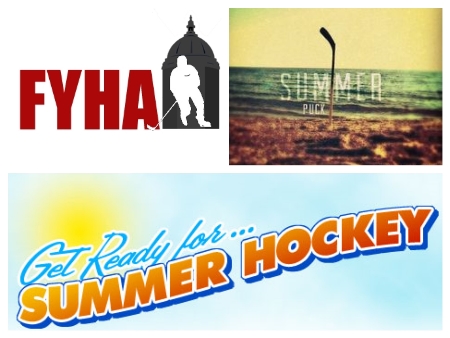 The Fredericton Youth Hockey Association (FYHA) is very excited to announce that summer hockey will be back for 2016! This program is designed to bring together players of both recreational and competitive calibres to play in a relaxed, safe, and FUN hockey environment.

Registrations will continue to be accepted beyond week #2, but spots will be filled on a first come, first served basis. All others will be placed on a waiting list.

For further details, please contact Jonathan Brown at 451-1333, or by email at edfyha@bellaliant.com