Meet the Class of 2018 – New Brunswick Sports Hall of Fame 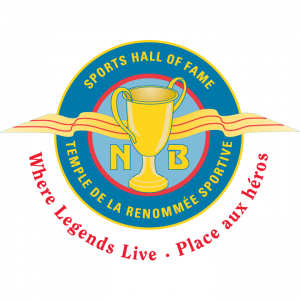 What a great way to end to your New Brunswick Day on Monday, August 6th, 2018, than come out to the “Meet the Class of 2018 – New Brunswick Sports Hall of Fame”.

Bring a friend or family member out for a FREE event, and you visit their shrine exhibit, see their portraits, get an autograph, and much more from 5:00 pm to 7:00 pm, all at the New Brunswick Sports Hall of Fame, located at 503 Queen Street, Fredericton, New Brunswick. 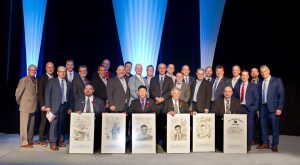 Al Charuk of Moncton is ranked among the all-time top 50 greatest university football players list compiled by Sportsnet. As a Conference All Star, at Acadia University, he accumulated over 100 points in a single season and set three league records playing multiple positions for the team. Charuk was selected as the 1st round draft pick into the Canadian Football League in 1975 with the Toronto Argonauts. In 1980, Charuk led the league for yards per catch and was nominated for the Schenley Award which is given annually to the top Canadian in the CFL. Al Charuk was inducted into the Acadia University Sports Hall of Fame in 1992 and the Moncton Sports Wall of Fame in 1995.

Master Chung of Moncton is the Founder and Director of the renowned Chung Won Institutes of Taekwondo in Moncton, the first of its kind in the Geater Moncton area. Grand Master Chung is credited with bringing organized Taekwondo training and competition to New Brunswick and eastern Quebec. As a coach and trainer, numerous New Brunswickers had their begingings under his guidance and would go on to become National Champions. As a Master Instructor, an 9th degree black belt and an Honourary Life Member of the WTF Taekwondo Association of Canada – Chung’s legacy in the sport will continue to inspire future generations to come.

Bob Deap of Scotchtown is a respected coach and administrator with over forty-five years of motivating and encouraging future leaders in the sport of hockey. Under his direction, the Minto High team won the A, AA and AAA provincial championships – a feat that has never since been duplicated – which was featured on Hockey Night in Canada and ABC’s Wide World of Sports. After his retirement from coaching he continued to play an active role as Chair on numerous provincial and national hockey organizations. Bob Deap was inducted into the Fredericton Sports Wall of Fame in 2007 and a four-time inductee in the Minto Sports Wall of Fame in 2011-2013 and 2017.

Bill Phillips (1857-1900) of Saint John is credited as being the first New Brunswicker to play Major League baseball in 1879 with the Cleveland Blues. Before playing in the International League with the Hamilton Hams, Phillips would become the first New Brunswicker to hit a homerun in 1880. Phillips is also the first Canadian to reach over 1,000 career hits and in 1,038 games had 1,130 hits. Phillips was inducted into the Canadian Baseball Hall of Fame in 1988.

Rob Stevenson of Fredericton is a highly decorated equestrian specializing in eventing, who was named the High Performance Chair for the Canadian Eventing Team in 2016. Stevenson got his start at the Fredericton Pony Club, competing in local events including dressage, cross-country, and show jumping. With his horse, Carcroft Tiger, he won the Canadian Young Riders Championships in 1988 and the bronze medal at the North American Young Riders Championship the following year. With his new partner, Risky Business, he qualified for the upcoming Olympics placing second at the US Fall Championship in 1991. Stevenson finished as the top Canadian rider overall in the 1992 Olympics in Barcelona. Stevenson was inducted into the Fredericton Sports Wall of Fame in 2010.