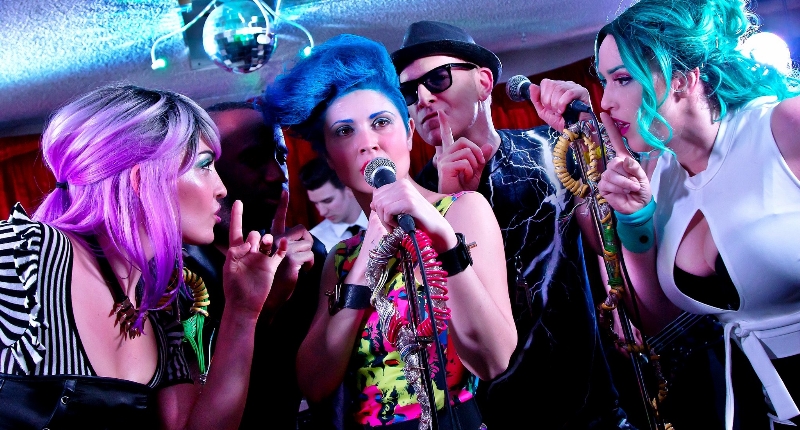 Recently on the cover of Ottawa Life Magazine named Ottawa’s Best Band, The PepTides are a nine-member group with a distinctive larger-than-life pop sound and an energetic and colourful live show. Promoting the release of their self-titled EP, the group tours the Maritimes for the first time, June 9-15.

Offering a snapshot of Canadian diversity, the band is an eclectic community of musicians with a rainbow of identities: girls and guys, gay and straight, English and French, black and white and in between, Ukrainian, Mexican, Guyanese, Cree, Acadian, Armenian and Scottish.

The PepTides self-titled EP, released in September 2016, features all-new studio recordings of the band’s live favourites, including the summer single “Don’t Believe in Love”, which aired on commercial radio from coast to coast in Canada and charted in the Earshot Top 50.

In 2013, The PepTides garnered national attention by producing a full-length album in collaboration with Stuart McLean of CBC Radio’s Vinyl Cafe. They performed selections from the album live on the 20th anniversary recording of the show. Their 2014 release Love Question Mark was lauded by Exclaim! as “an ambitious collection of fun, daring, unadulterated, true blue art,” and their album, For Those Who Hate Human Interaction (2010) was named Album of the Year by the Ottawa Citizen.

M3TV’s take on The PepTides says it all: “Mixing their stunning vocals with funk beats underneath a soulful sound, an abundance of theatrical dance moves and kitschy quirks, they defy any genre or description. One must simply see them to believe them.”

← Is your city music-friendly?
Fredericton Chamber of Commerce Scholarship →