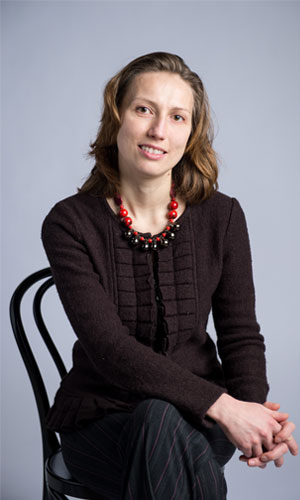 Computer science is not just what you see on the show Silicon Valley – nerdy geeks, late nights and ping-pong tables.

Natalia Stakhanova, assistant professor of computer science and NB Research Chair in Cyber Security at UNB, is changing the way young females view the IT world through an initiative she launched called Cyber Girlz.

Cyber Girlz is an eight-month, all-girls computer science program offered in Fredericton at the University of New Brunswick campus. The program teaches girls aged eight to 10 about cybersecurity and coding.

“You don’t have to go far to see that girls are minority in computer science,” said Dr. Stakhanova.

Dr. Stakhanova said that the primary focus of the program is to make learning about computer science fun and interesting for the girls.

“The goal of Cyber Girlz isn’t for the girls to necessarily enter into computer science but for them to see that there are so many possibilities they can explore,” she said.

Dr. Stakhanova said having female role models is extremely important in breaking down barriers for females in IT but the responsibility also falls on to the parents.

She believes that parents need to help open the door of possibilities for their daughters. By parents simply encouraging  them to experience computer science, they are helping break down stereotypes.

“I think it is crucial that young women in our province meet mentors and build interest in IT concepts at an early age so we can continue to grow the knowledge economy in New Brunswick,” said Mark McAllister, parent of two daughters who attended the Cyber Girlz program.

Dr. Stakhanova feels the program was a success this year, as every weekend was full to capacity. She is already planning for the program to start back up this fall.

“At Cyber Girlz, our girls experienced everything from hardware to coding to virtual reality and were able to build lasting friendships during the process,” said Mr. McAllister. “They can’t wait for the fall program to begin.”