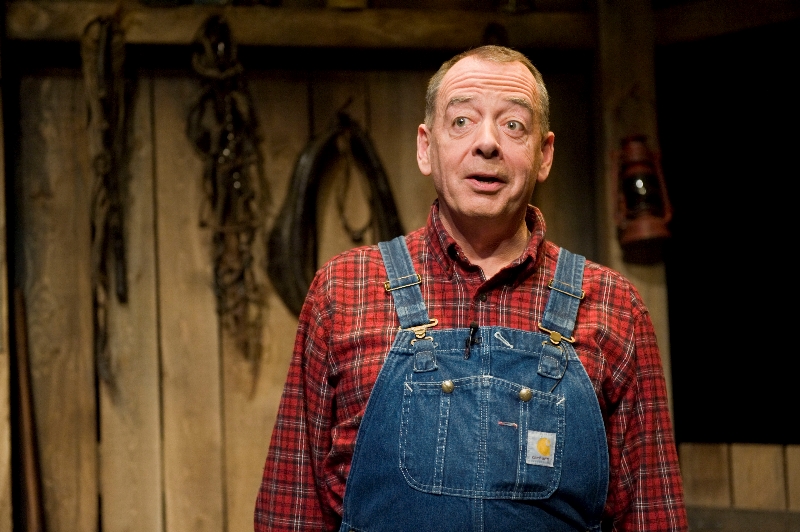 The Fredericton Playhouse presents Wingfield Lost and Found with two showings on Saturday, November 21st at 7:30 pm and Sunday, November 22nd at 2 pm. Tickets are Regular $36, Member $32, and Under 19 $18.

In the midst of a record drought wells on the Seventh Line are drying up. The farm needs a new well, but of course it’s not as simple as drilling a hole. A search to locate a new well on Wingfield Farm ensues, but distractions abound: a high-tech cattle drive, a battle with yellow jackets, a feud with a red-tailed hawk, an eccentric line-up of water witches, and a well driller who is only too happy to perforate the ground at forty dollars a foot. Is it the end of farming for Walt and Maggie, or can the precious liquid be found?

For more information or to get tickets call 458-8344 or visit www.theplayhouse.ca.

“skillfully drawn observations on human foibles … keeps up the level of craftsmanship Beattie and Needles have perennially maintained.”

“the jokes are still insightful, and they can still shake the rafters with laughter … addresses serious problems with warmth and understanding… Lost and Found feels rich and full. It’s a truly exceptional work.”

6 Responses to Wingfield Lost & Found at the Playhouse this Weekend