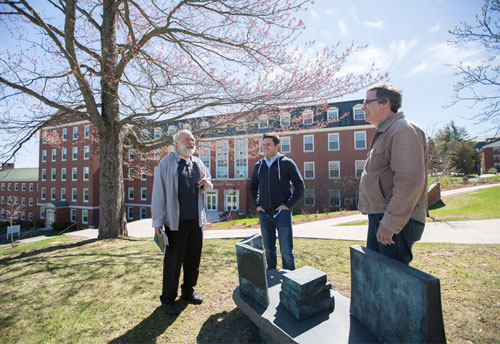 A number of people from the University of New Brunswick’s faculty of arts in Fredericton have been recognized recently for their accomplishments as creative and academic writers.

Mark Jarman and Robert Gray, professors in the English department, and Phillip Crymble, PhD candidate in English, are among nine finalists whose books made the 2016 East Coast Literary Awards shortlist.

Dr. Gray, Mr. Jarman, and Mr. Crymble were also all nominated for a 2016 Atlantic Book Award.

Thom Workman, a political science professor, is the recipient of the 2016 Atlantic Book Award for Scholarly Writing, along with his co-author, Geoffrey McCormack, who graduated with a master of arts in political science at UNB in 2006.

“We’re so pleased that Mark, Rob, Phillip, Thom and Geoffrey are receiving the praise and recognition they so richly deserve for their works,” said George MacLean, dean of arts at UNB Fredericton. “Their nominations show the excellent work being done in the faculty of arts.”

Both competitions recognize writers from all four Atlantic provinces. 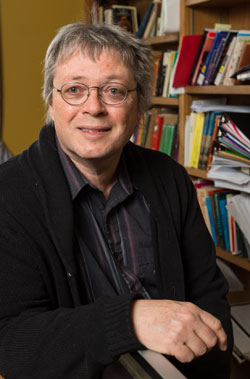 Dr. Workman and his co-author Dr. McCormack’s received an Atlantic Book Award for The Servant State: Overseeing Capital Accumulation in Canada. It explores the obscenities and hardships created by capital accumulation in accumulation.

“In the political science department we are thrilled to see Thom and Geoff receive the Atlantic Book prize – it’s a well-deserved honour for their stimulating and incisive book,” said Paul Howe, professor and chair of political science. “The questions they raise about economic and social inequality are critical ones in contemporary politics.”

Winners of the East Coast Literary Awards will be announced on June 4th, 2016.

Mr. Jarman and Dr. Gray are nominated for the Thomas Raddall Atlantic Fiction Award, which comes with a grand prize of $25,000.

Mr. Jarman’s book, Knife Party at the Hotel Europa, was inspired by his travels to Italy during the summer of 2008.

Dr. Gray’s book, Entropic, is a collection of short stories.

Mr. Crymble is nominated for the JM Abraham Poetry Award, which has a grand prize of $2,000. Not Even Laughter is a full-length collection of poems that draw from his own experiences.

“I am especially excited about these recent accolades because we are launching a new stream of our PhD program in English focused on creative writing, the second of its kind in Canada and the only one east of Alberta,” said Jennifer Andrews, professor and chair of English. “Both Mark and Robert teach in that program so what a fantastic opportunity to work with these regionally, nationally, and internationally recognized authors. And Phillip is a talented poet and one of our current PhD students! We are thrilled for all three of them.”