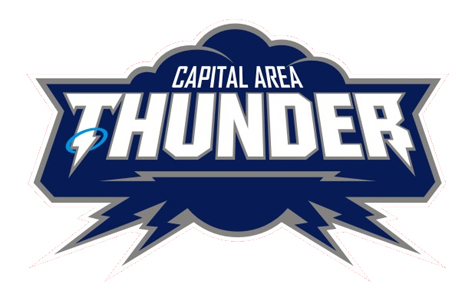 CAT exists for the development of competitive ringette in the Capital Area (currently Fredericton and Oromocto) in the U12 (developmental), U14, U16 and U19 divisions. It is a parent driven group operating by consensus to advance the abilities and opportunities of players and coaches in a competitive stream of play. It is a high performance program for those with above average technical skills who are looking for enrichment beyond the House League level.

All players must continue to play house league as is the case with all competitive ringette teams in the Province starting again next season.
All ice times for CAT teams will rotate among the Fredericton, Oromocto, Tri-County, Minto, Stanley and Doaktown arenas taking into consideration house league play and coach’s team plans.

There will be fees and fundraising required to cover the cost of the programs. User fees do not apply as we are recognized as a regional program.
The programs offered will be as follows (dependent on sufficient numbers interested):

U12 Under Thunder
This program is open to all U12 players. It will run as a team(s) of maximum 18 players. It will not have try-outs (there will be no cuts) but it does require a commitment to the entire program as a whole. It will consist of ice time, power skating, fitness, fundraising and team building events and potentially games and tournaments against other U12 competitive development teams in and out of the Province. The program will likely begin with the regular ringette season in the Fall. The specific team program will be developed with the coach(es) once selected.
I invite you to fill out the form Capital Area Thunder Registration of Interest to Play 2016-2017 season. To fill it out, click here.

U14, U16, U19 Thunder
These programs will all have a pre-try out competitive development camp run by the competitive team coaches in September which will be open to all players with the goal in mind of attracting new players and giving exposure to those who may not have had the benefit of coaching or development at this level.

This will be followed directly by try-outs for all teams if viable numbers are interested.

Annual team plans will be done by coaches but expect to have ice time once per week, fundraising and team building activities, power skating, dry land fitness, games and tournaments in and out of the Province.

Information session with the coaches will be held prior to the program being beginning in the Fall but for now we need an indication of interest for the programs.

I invite you to fill out the form Capital Area Thunder Registration of Interest to Play 2016-2017 season. To fill it out click here.

We will draw a deadline of June 30th for registration of interest so we can determine if we have enough for each division.

If you don’t intend to register but want to remain on an email list of CAT activities, please email with “Keep me on the email list” in the subject line.