Earlier this week, 12 countries, including Canada concluded negotiations of the long-awaited Trans Pacific Partnership. While we will have to wait for the complete details and ratification of the agreement to fully judge the deal, we can reasonably expect that it will produce a regulatory environment that is more conducive to trade on a massive scale. The signatory countries have a combined population of 800 million people and make up 40% of the world’s economy (lead by the United States and Japan) and the jurisdictions involved will surely want to add other economies to the deal such as China, India and the Philippines.

Here in New Brunswick, this cannot help but create a more positive situation as it relates to exporting. Changes to tariffs and duties make our goods and services more competitively priced in the global market. Also adding to the positive export circumstances are current market conditions which see the Canadian dollar at a lower value than in recent years – a significant plus in the export game. The TPP creates access to new markets in some of the fastest growing populations. New Brunswick has traditionally been the most export dependent province in Canada, with three-quarters of our GDP produced by exporting outside the province. Now, with these new access points – businesses must focus on value add in our resource sectors and indeed, with all export products to ensure that we are getting the most value for our products in the global marketplace. When we export, new money comes into our economy and this has a positive spin off effect for the prosperity of our provincial economy in its entirety.

But the advantages of free-trade are not just felt on the export side. Canada is now in a strong and unique position in North America – we have a trade deal with the Pacific Rim and Europe. As Finn Poschmann, President and CEO of APEC writes: “The Canadian opportunity is spectacular. The potential for a quick drop in domestic tariff and non-tariff barriers will lower costs for imported food and services. Our consumers, manufacturers and their employees get a straight-ahead win, because it costs them less to buy the things they need to go about what they do best.”

The Canadian Chamber of Commerce has been at the forefront pushing for free trade agreements generally and the TPP specifically. As CEO Perrin Beatty states: “This is an exciting moment for Canada; this is an agreement that will help create jobs, spur innovation and increase consumer choice across Canada, while positioning is at the forefront of global trade developments.”

As with any broad agreement relating to trade and leveling the regulatory environment, there will be some groups that do not gain as much advantage as others, or see themselves as disadvantaged. It is recognized by most that some measures must be employed to help these industries transition to an increasingly free market world and will somewhat mitigate the impact on them.

Mr Beatty continues, emphasizing the importance on being players in the global economy: “Everyone can agree; we can’t let the TPP happen without us. Left out on our own, others would take our place in regional supply chains. And Canada would forfeit a once-in-a-lifetime opportunity to shape the rules that will govern trade for the next 10, 20 and 30 years.”

It is not by chance that the vast majority of Canadian trade currently takes place with countries with which we already have free-trade agreements in place. As the world continues to globalize, we as Canadians and New Brunswickers have to capitalize on new opportunities and paradigms as they arise. In short, we rely in part on our governments to create conditions in which business can thrive, but it is up to individual industries and businesses to take advantage of evolving opportunities. 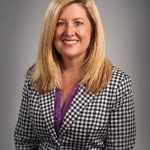 4 Responses to Fredericton Chamber of Commerce on Trans Pacific Partnership