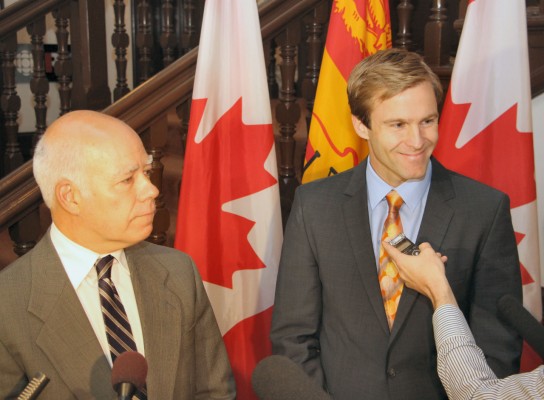 “Having a third party recognized in the legislature is a great example of New Brunswick’s healthy and vibrant democracy.” Gallant said earlier this week.

“David will be a strong voice for his constituents and will contribute greatly to the debate in the people’s house.”

The Green Party received 6.6% of the vote during the election on Sept. 22 when Coon became the first elected Green Party MLA in New Brunswick’s history. The designation of official party status would gain Coon a role in question period and legislative committees.

“My expectation is that when serious questions are asked that answers are actually given.” Coon told reporters.

Legislature currently defines a party as any “registered party that elects five members or receives 20 per cent of the vote at the general election.”

The move to designate the Green Party as an official party will require a vote of legislature. Gallant has stated that the Green Party will have the support of Liberal MLAs both for the designation of official party status and funding consistent with what the New Democratic Party received when they first had a representative elected. Funding for the party will have to be ratified by the legislative administration when it resumes.