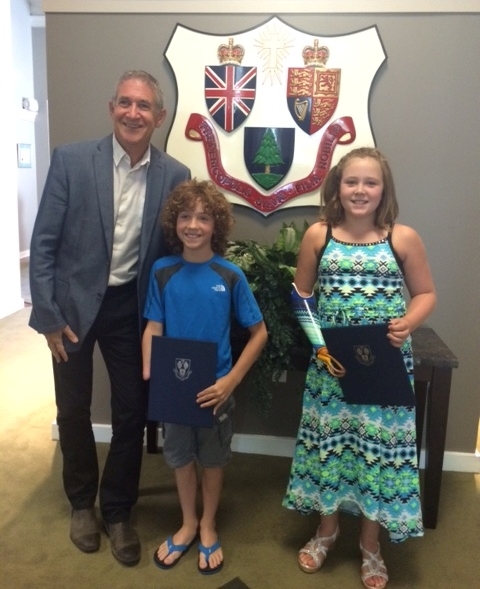 Jack Sturgeon, 10, and Ella Barnett, 10, of Fredericton, were presented with a certificate by Mayor Mike O’Brien, on July 20th, to recognize their long-time involvement with The War Amps and for spreading important messages in the community.

Jack, a right hand amputee, and Ella, a right arm amputee, are members of The War Amps Child Amputee (CHAMP) Program. They have helped spread The War Amps PLAYSAFE message by educating children to “spot the danger” in their neighbourhoods.

They have also helped pass on the remembrance message to the younger generation by attending wreath laying ceremonies at local Remembrance Day services.

Ella was recently featured in a War Amps public service announcement which has received international awards.

Congratulations to Jack and Ella from Mighty Fredericton!