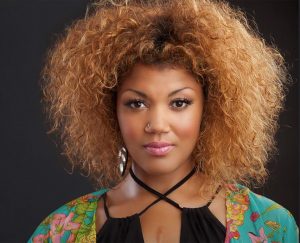 In 2007, classically trained opera singer Measha Brueggergosman learned of her African-American roots on the television show Who Do You Think You Are. According to Y-DNA genetic testing of her brother, it is likely their direct-line paternal African ancestors came from the Bassa people of Cameroon. Her great-grandparents escaped from slavery in New England colonies during the American Revolution, and eventually settled in Fredericton.

Upon the discovery that her family is of Cameroonian descent, Measha naturally set off to Cameroon to explore their roots and was immediately consumed with the culture; singing with a Cameroonian artist and speaking beautiful French. “It is an incredibly exciting opportunity to learn that I am from Cameroon and then be able to act on it,” says Measha, “to embark on a journey that seeks to reintegrate me into a culture that my ancestors were essentially stolen from through slavery in the 1700s is an experience that is quite surreal. Being from Cameroon is, in some ways, both amazing and terrifying.”

Songs of Freedom is Measha’s way of connecting with her faith, her past, and honouring her family.

The album and tour celebrate freedom but also shine a light on our nation’s past.

The film Songs of Freedom, which documented Measha’s journey, was nominated for four Canadian Screen Awards. You can watch footage and performances www.songsoffreedom.ca