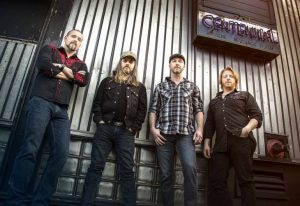 Currently supporting their latest release, From Labour to Refreshment, The Divorcees have been known nationwide as one of Canada’s leading keepers of the outlaw country flame.

With 4 albums and two East Coast Music Awards under their belt, their brand of no-nonsense, blue-collar Americana with a Canadian edge has won over fans and peers alike from coast to coast for over a decade.

Having drawn comparisons ranging from Canadian icons The Tragically Hip, The Sadies and Blue Rodeo, to “Elvis Costello on acid,” they received recognition as the MNB Emerging Artist of the Year for 2015.

They recently completed a 10-date tour of Ontario and are currently working on a full-length follow up to their debut EP.