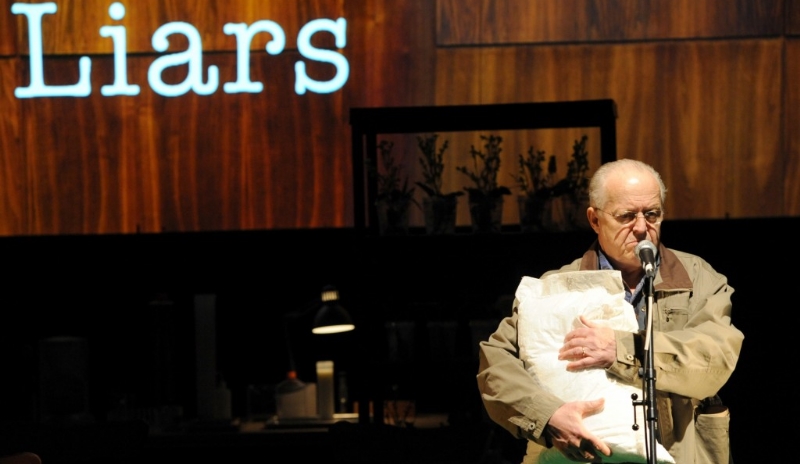 Coming to the Fredericton Playhouse on Saturday, March 19 at 7:30 pm, SEEDS is an award-winning documentary play that dramatically re-enacts a landmark Canadian court case.

Based on court trial transcripts and interviews with Schmeiser and Monsanto representatives, as well as farmers, academics, lawyers and scientists, SEEDS leads audiences through a suspenseful labyrinth of legal conflicts around patent rights, scientific showdowns about genetically modified food, and property clashes between farmers and the biotechnology industry.

SEEDS examines some of the most important and controversial issues of our time, and will leave audience members with deep questions to ponder long after the performance ends.

In addition to this performance, the Playhouse is pleased to present two Experience More! activities. On Monday, March 14 at 7 pm, in partnership with Cinema Politica, the Playhouse will present a by donation screening of the documentary Seeds of Change, a film that examines the controversy around the use of genetically modified crops across the Canadian prairies. The film will be followed by a facilitated discussion with Kelly Bronson, Acting Director for Science and Technology Studies at St. Thomas University, and Amanda Wildman, Executive Director of the National Farmers Union New Brunswick. Cinema Politica’s Tracy Glynn and Sophia Lavoie will facilitate the discussion.

In addition, SEEDS ticketholders are invited to stay after the performance on March 19th for a Conversation with the Cast, a post-performance artist talk moderated by Dr. Robin Whittaker, Assistant Professor in Drama at St. Thomas University.

Tickets for SEEDS are available through the Fredericton Playhouse box office by calling 458-8344, or online at www.theplayhouse.ca.